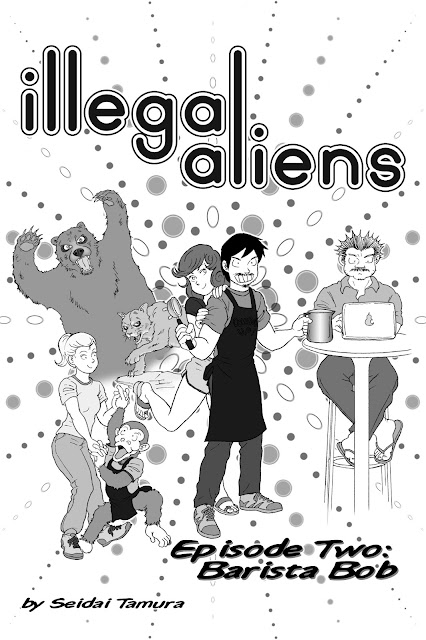 "Illegal Aliens Episode 2:  Barista Bob" now available at ComiXology!  Please check it out!  http://bit.ly/2wbtM97
Posted by Seidai Tamura at 10:55 AM No comments: 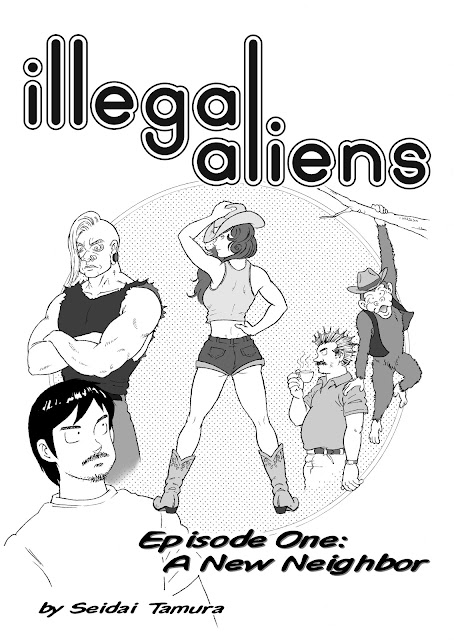 My comic “Illegal Aliens Episode 1: A New Neighbor” is now available at ComiXology! Please check it out!

So, I just learned about a movie of the exact same title made in 2007.  I had no knowledge of this film, when I was conceiving the ideas for my comic book.  Also, although the title has an implied political tone of the issue, I didn't mean it to express my views about it.  In fact, in my view, the comic book is nothing to do with the political issue.  Yes, I admit that I got the idea for the title during last year's Trump campaign period, but for me it's a mere play on words, aiming for a quick laugh.  I also think "illegal aliens" isn't an intellectual property, since people use it all the time to express the issue.

Posted by Seidai Tamura at 11:00 AM No comments: